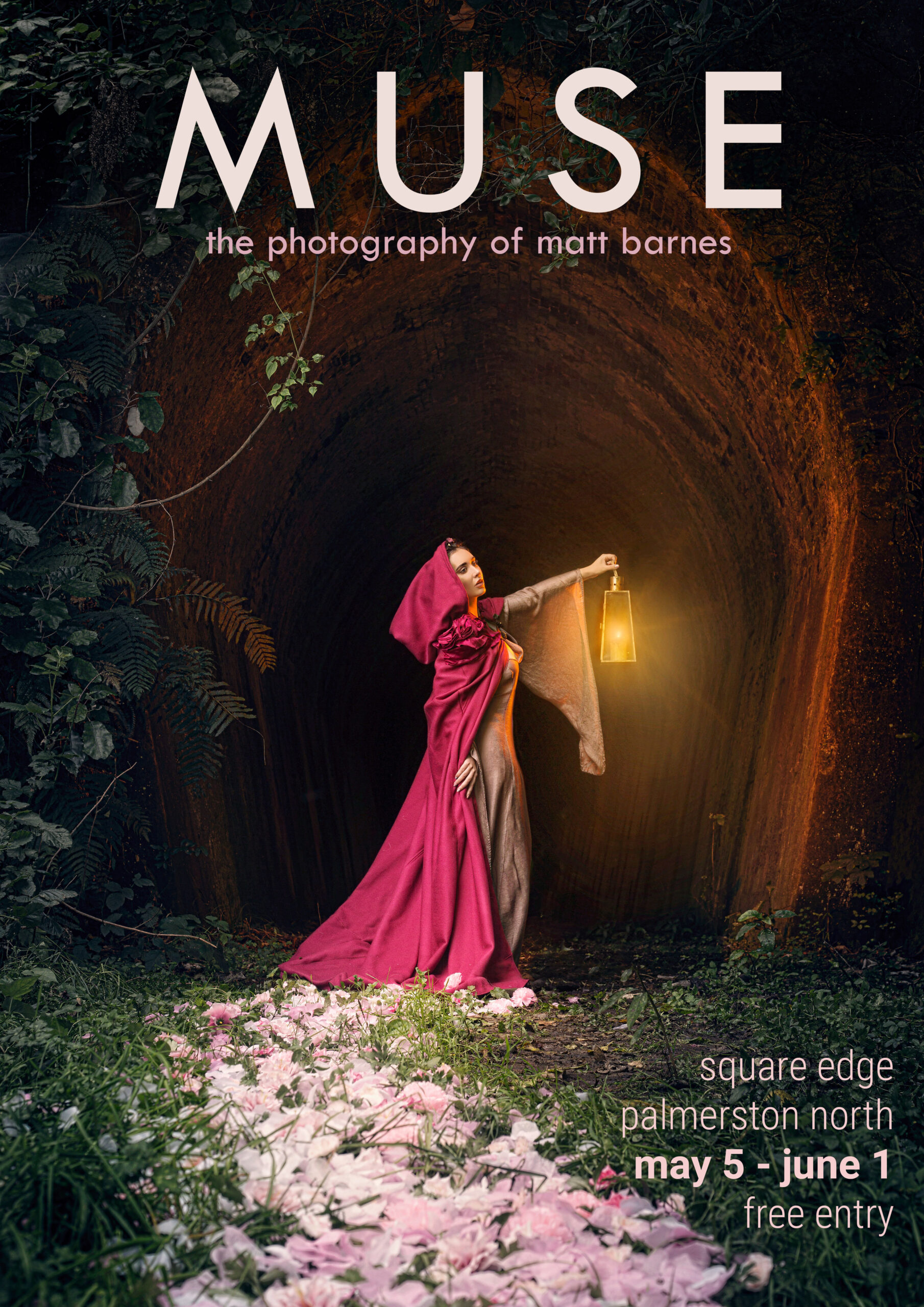 A myriad of fantastical worlds can surround any one single life. Ideas and stories envelop us and contribute to who we are, inspired by the people around us and the creativity they provide.

Portraiture is a field of photography as diverse as any. MUSE is an attempt to provide a glimpse at some of the vast range by using only a single model.

These images are all photos I have taken of model Sophia Stace in various locations around the lower North Island, from the Victoria Esplanade in Palmerston North to the Cruickshank Tunnel in Upper Hutt, as well as some digital composite images. We varied costuming and styles and many of the photos reference figures from the stories of pop culture, ranging from Ash from the Evil Dead series of film and television to members of the X-Men.

The objective was to showcase a bright, colourful, bold world of imagination and to pass on the inspiration that was passed on to me.

Whilst I took all of the photos, bringing the images to life was a team effort. Many of the pieces required extensive work from make-up artists and bodypainters such as Robyn Holland and World Champion bodypainter Sofia Bue, as well as prop and costume makers like Charlotte Kelleher and Sophia Stace herself. It took a wide variety of lighting and digital editing techniques to complete the visions in each case.

I first met Sophia on a photo shoot some seven years ago and since then we have worked together dozens of times. She remains the most talented, committed, resourceful and endlessly inspirational model I have ever shot with.