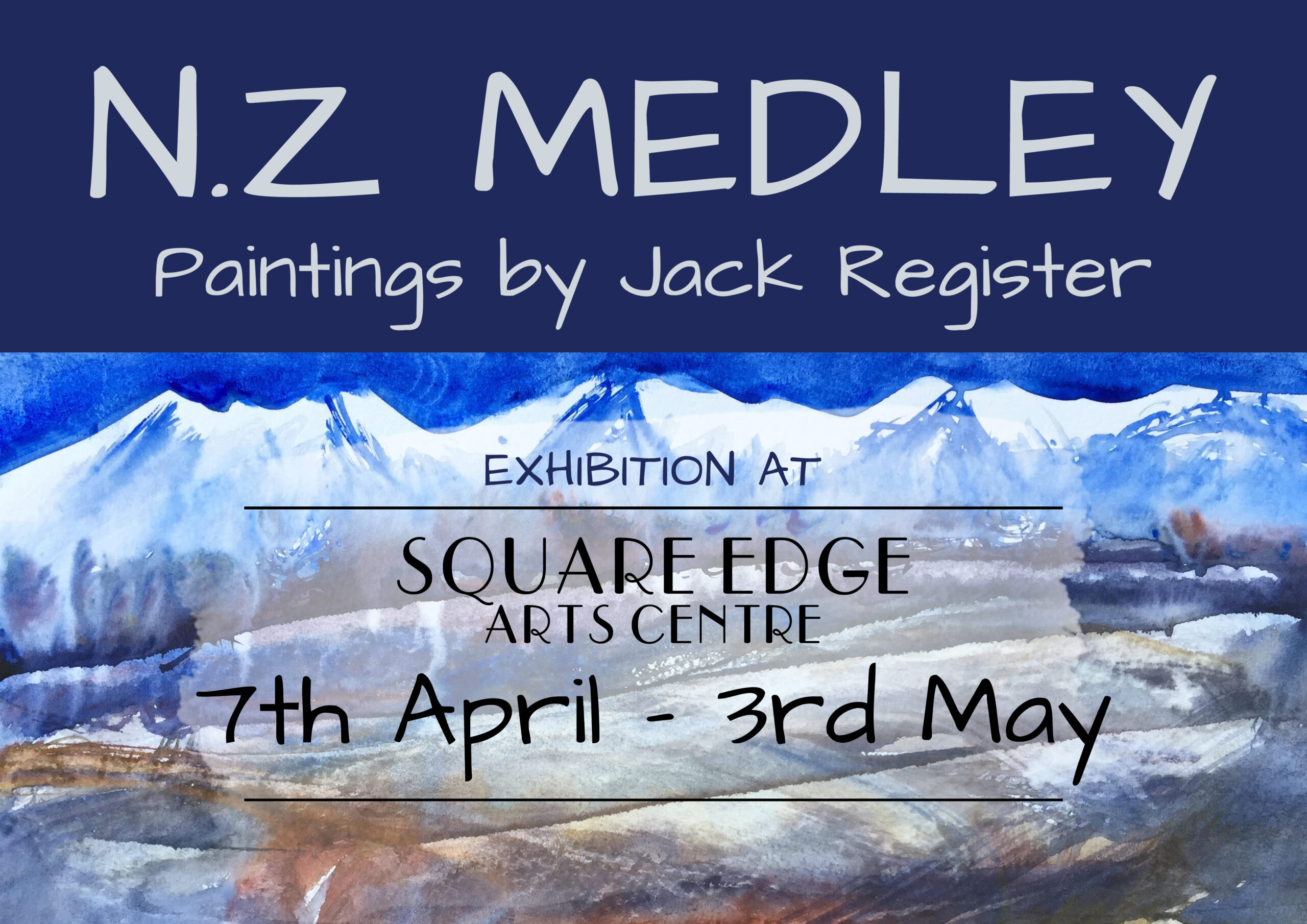 “A painter should paint like a musician plays”. (Quote from Jack, The Tribune, 11th January 2017)

This exhibition of Estate Paintings showcases Jack’s ability to capture the essence of the land, from the deep South to the upper North Island. His interest and knowledge of New Zealand Geology and History gave him a deeper understanding of this land and the layers that formed it. Layers that he brought to the surface, in his Landscapes, with his rhythmical brushstrokes and markings in paint.

Born in Palmerston North, on ANZAC Day in 1936, Jack grew up loving Brass Bands. His father, Artist Basil Register, played brass and all of Jack’s three siblings played musical instruments. Jack had been a member of the Palmerston North Garrison Band, the Royal Airforce Band and the Manawatu Jazz Club Big Band. He played his trumpet for various Shows and Theatrical productions. Jack also played the bugle, playing it in the morning on his birthday, ANZAC day, at home, then in latter years at the Kelvin Grove Cemetery, beside soldier’s graves.

Music was played loudly in Jack’s Art Studio, on his Stereo. He said it helped him paint. He had a vast collection of various types of music, favouring Classical, Band, and Jazz the most. Music was played loudly in his car while travelling to painting destinations but switched off at arrival. Jack preferred to paint outdoors, listening to the music of the land instead.

Soaking up the atmosphere of his chosen site, Jack was in his element, the Great Outdoors, doing what he loved best – painting. He would set up his easel beside a river, in a paddock, on a city street, or in sand amongst driftwood on a beach. Anywhere he could ‘see a painting’.

Happy to talk, Jack sometimes sold paintings straight off the easel to passers-by. His ability to engage with people and entertain a crowd, meant he was regularly invited to talk/demonstrate his work to clubs and organisations. Promoting Art in general, and his own work in doing so, was something Jack took seriously from his early thirties onwards. People could see his passion for art. He was good at encouraging people to take it up or have more confidence in their own ability. He tutored adults formally at Q.E.C Palmerston North from 1980 to 1990. Jack shared his enthusiasm for Painting and Art for the rest of his life, whenever the opportunity arose.

In 2008 Jack received the Queens Service Medal for services to music and art. He was both humbled and honoured to receive it.

Jack painted and exhibited widely within New Zealand, but for him, there was no place better to exhibit than in the Manawatu, his home for all of his 82 years.

I am pleased to be able to exhibit my father’s paintings, at Square Edge, one of several venues he supported, in his much-loved City of Palmerston North.

Jack painted like the musician he was, enjoy his NZ Medley.